Scandal, sex and murder weave a deadly game for three Hollywood A-listers when they attend a glitzy film festival in Italy’s most famous city. Prepare for a shocking twist!

Meredith Castille was an easy person to hate. Over a glittering thirty-year career as a Hollywood icon, she had cowed many a co-star, terrified many an interviewer and snubbed many a photographer.

Some argued this was how she had reached the stellar heights she had, the kind of hard-ass broad who demanded not just respect but reverence; others that she was a ball-breaking bad-hearted bitch who had it coming.

Tell us about the location you chose for your SUNLOUNGER short story… Venice is the most beautiful city but it’s also deliciously dark. All those dripping alleys and secret passageways make it the ideal stage for intrigue and deception. I love mixing high glamour with wild debauchery and this irresistible slice of Italy, with its seductive beauty and hint of danger, is the perfect setting for that.

Have your books featured any exotic destinations? My books have a strong glitzy international vibe! I want my heroines to have the world at their fingertips. In HOLLYWOOD SINNERS we jet off to LA, Vegas and St Tropez; TEMPTATION ISLAND sweeps us to an Indian Ocean retreat, to Paris, Capri and the golden hills of Spain; while in WICKED AMBITION we’re bound for Barbados, Greece and Tuscany.

If you could live anywhere in the world… London is the best city in the world. Close second, New York. I’d love to live in New York, ideally in the 80s. Basically, I want to live in Working Girl. I’d take the Staten Island Ferry every morning and go to work at the top of a gigantic skyscraper, where I’d have a penthouse office overlooking Manhattan. I’d wear power suits with crazy-big shoulder pads and everyone would be slightly afraid of me.

Which destination you’ve returned to the most times? Florence. The view from the Piazzale Michelangelo is difficult to beat, looking out over the shimmering cupola of the Duomo and the romantic Ponte Vecchio. I love sitting in the Piazza della Signoria at night, listening to the musicians outside the Uffizi and drinking red wine beneath the stars.

Ticket, passport, money and… Lip balm! Oh I love my lip balm. At the moment it’s all about the Carmex Cherry.

Favourite cuisine from around the world? Pizza, the plainer the better: fresh tomatoes, mozzarella, basil and a twist of chilli.

Favourite holiday cocktail? Caipirinha – a Brazilian one made with Cachaça sugar liquor and lots of sharp lime. I love citrusy cocktails.

What was your best holiday romance? An Australian I met while travelling through Italy. He was such a great kisser. This was a while ago and until I kissed him I never realised how amazing kissing could be.

And your worst? A guy I made out with on a beach in Kenya. I won’t say what happened because it is way too embarrassing, and I know that if I don’t say it then what you come up with will probably be worse, but that is a risk I am going to have to take… 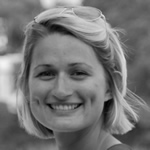 By day Victoria Fox lives in Bristol. By night she relaxes in her fantasy LA mansion, sipping Krug in a Jacuzzi and watching a bare-chested man clean out her pool.

Victoria was born in 1983, went to boarding school in her teens and studied English at university. A long-time admirer of Jackie Collins, Victoria often wondered what life would be like as a bonkbuster author. After working in publishing for a few years, she decided to quit and find out – and hasn’t looked back since…

Her first novel HOLLYWOOD SINNERS was described by Closer magazine as ‘a heady mix of corruption, glamour, lust and power’ while TEMPTATION ISLAND was tagged the Sun’s ‘best bonkbuster of 2012′.