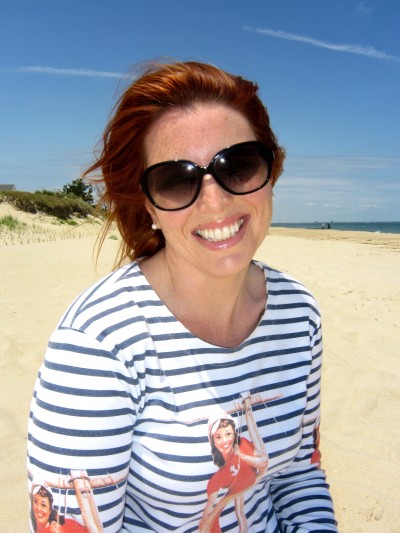 When I was about 4 my mum took me to the beach for the first time and, while she was busy setting out the towels and picnic items, I tootled off and plonked myself down with a more interesting-looking family. I’ve been a bit that way ever since – always straying off to some foreign shore looking for adventure. 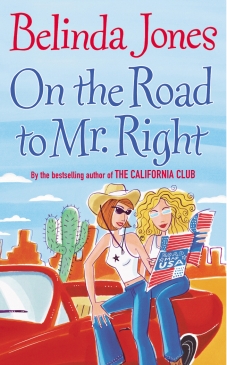 My other great childhood passion was reading. Books first (I wanted to live in a hand-painted caravan after reading The Diddakoi) then I got into teen magazines (for the popstars, primarily Adam Ant). My mum said it was a terrible waste of pocket money, I told her it was ‘an investment’. I went on to work as a magazine journalist for 10 years – first on Postman Pat then Just 17, New Woman and Empire, though more! was the highlight – it basically gave me that ‘I’ve had the time of my life!’ feeling for four years straight.

I went freelance after more! (well, there’s only so many half-naked male model shoots a girl can take) and Sunday magazine repeatedly sent me to Los Angeles to interview Baywatch cast members. I got on so well with tattooed-bad-boy Jaason Simmons I ended up moving in with him. I know. Ridiculous. In the California Sunshine anything seemed possible and I decided to pursue a dream of writing a road trip book and becoming a female Bill Bryson. The UK publishers had other ideas. They wanted fiction. I said I wouldn’t know how – I was a journalist and only wrote from first-hand experience. But my friend James persuaded me to give it a shot: ‘Just write about what you and Emily get up to in Vegas but call it fiction.’

And so DIVAS LAS VEGAS was born. Writing chick lit has turned out to be the best of both worlds – I get to travel for the inspiration and then let my imagination run utterly wild. I’ve just completed Book 12 (THE TRAVELLING TEA SHOP – see below) and even persuaded Random House to publish that travel memoir ON THE ROAD TO MR RIGHT, which I dedicated to my dad – even thought it’s pretty much ‘everything you’d rather not know about your daughter’.

To conclude, if I had to sum up my life in a single quote it would be this by JANE AUSTEN: If adventures to not befall a young lady in her own village she must seek them abroad!