In Paris, With You

Some people enchant your heart forever. Even if you only knew them fleetingly. But do you ever wonder if they feel the same way about you…

Paris, the city of my heart. The city of my dreams. The place where I met you… Not a salubrious meeting as it goes. Nor one that promised much.

It was my first time in Paris. I was there for a few months on a student exchange. So while I had to study at times, I was also free to explore the city at my leisure. And explore I did. I went everywhere: Notre Dame, the Eiffel Tower, Sacre Coeur, Napoleon’s Tomb. I fell in love with it all: the food, the culture, the accent. Oh lord, the accent.

Tell us about the location you chose for your SUNLOUNGER 2 story… Paris.

Have your books featured any exotic destinations? THE BRIDESMAID PACT and A MERRY LITTLE CHRISTMAS both feature Eurodisney and Paris. In The Bridesmaid Pact, my heroine, Doris, is obsessed with all things Disney, so I sent her there for her hen weekend (having observed lots of hen nighters there, I thought it would be funny.). In A Merry Little Christmas, I sent Cat and her family to Paris for a long weekend so they visit Eurodisney, but Cat and her daughter Mel have their portraits drawn by a street artist in Montmartre, which is my favourite part of my favourite city.

If you could live anywhere in the world… Paris. It was the first foreign place I visited, and I fell in love instantly. I adore the cafes, the streets, Notre Dame, Sacre Coeur, the bateau-mouches. I could go on. Although Parisians could be friendlier, I enjoy the French lifestyle, the food and speaking French, which is such a beautiful language.

Destination you’ve returned to the most times? Wolfsburg in Germany, as it’s where my German mother in law’s sister lives. I’ve been going there on and off for 24 years, and the children have grown up going there, and love it. Wolfsburg itself isn’t that wonderful, but my mother in law’s mum grew up in the castle on the outskirts of town which is a bit magical. And I love the fact that we are abroad, but we know people, so get a glimpse of real life, which you don’t normally as a tourist. My German is fairly shocking, but they’re remarkably tolerant.

Ticket, passport, money and… Books/Kindle,  notebooks, and pens.  Cannot cannot be on holiday with nothing to read, and thanks to the wonder of Kindles I can now take lots of reading with me without my husband moaning. I also discovered one holiday that writing my first draft by hand works best for me. So now I always have a notepad and pen to hand, for when the muse strikes. Which often doesn’t happen, but last year I had a really far out idea for a story that I am planning to work on next.

Favourite cuisine from around the world? Thai, though I am partial to Italian.

Favourite holiday cocktail? Don’t have a favourite. Love cocktails full stop – they always make me feel deliciously self indulgent, which is part of the reason for going on holiday in the first place!

What was your best/worst holiday romance? Ah… as I met my husband absurdly young, he has been the constant holiday romance of my adult life. However, I did once go on a trip to Lourdes with disabled children, and one of my fellow carers was an absolutely gorgeous teacher, who PLAYED THE GUITAR. I would fall at the feet of any man who played the guitar, so I was totally smitten with him. As I was 17 and he  was at least 23, it really wasn’t going to happen, and I think he had a girlfriend. My habit of blushing in his presence, meant he probably knew I fancied him, but he was very sweet about it, which made the whole thing more excruciating. So it was both best and worst. Best because the feeling of seeing him every day, and listening to him sing was heart stopping, worst because I knew it was never going anywhere! 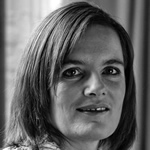 Julia Williams has always made up stories in her head, but has only been paid for doing it for the last seven years.

One of eight, she grew up in North London and went to Liverpool University where she met her husband. They live with their four children in Surrey.