Over-worked talk show assistant Olivia Banks sets off on a one day adventure in Paris to fulfill the dreams she and her sister once had as little girls, and ends up finding herself… and love along the way.

Olivia Banks, it’s about time we saw that pretty face of yours around these parts.’ Genie Robertson, my parents’ long-time neighbor, barrels across the lawn toward me, almost running straight into the movers I’ve hired to clear out my childhood home.

‘Hi, Mrs. Robertson.’
Hoping she isn’t planning to embark on one of her two-hour neighborhood gossip sessions, I pull my ever-buzzing work cell from my purse to find the eighteenth desperate text that hour from Miranda, the host of one of the most popular talk shows on television and also my obscenely needy boss back in New York.

Tell us about the location you chose for your SUNLOUNGER 2 story… I chose Paris because, as the titles of all of my books would suggest, I am slightly obsessed with the City of Lights. I spent a year living and studying in Paris, then became a French professor before writing novels based in Paris. I take any chance I can to travel back, even if it is in the pages of my own books!

Have your books featured any exotic destinations? For me, it is all about France! In SLEEPING WITH PARIS, my main character starts out in Washington, DC, but she quickly ditches the capital for an international dating adventure in Paris. Like myself, she also has an affinity for the gorgeous city of Lyon, just two hours south of Paris. In KISSED IN PARIS, my main characters go on a wild chase around the country, from Paris to Giverny, the home of the impressionist painter Claude Monet; then off to Annecy, a fairytale town in the French Alps; and finally to a sun-kissed vineyard in the French countryside. In MIDNIGHT TRAIN TO PARIS, my characters take a magical train ride from snowy Lausanne, Switzerland into the French Alps…in 1937. Finally, in my new CONFESSIONS OF A CITY GIRLseries, my fabulous heroines will be starring in US cities this time: Los Angeles, San Diego, Washington, DC, and of course, New York!

If you could live anywhere in the world… I would live in Lyon, my favorite city in France. Yes, I adore Paris, but I hold a special place in my heart for Lyon after studying abroad there in college. Besides being the most magical, beautiful city I’ve ever visited, Lyon is the gastronomical capital of France, so every meal is absolutely to die for!

Destination you’ve returned to the most times… I’ve traveled back to both Paris and Lyon the most, because I just can’t get enough of either city! I am in love with the bustling sidewalk cafés, the artsy culture, the cobblestone streets, the delicious food, the wine that flows like the River Seine, the delectable pâtisseries, the elegant language, and the wonderful friends I have made there. I will never stop going back…and hopefully one day I’ll be living there again.

Ticket, passport, money and… My camera. Must take photos of all of the gorgeous sites!

Favourite cuisine from around the world? Pain au chocolat from a delightful little boulangerie on rue de Passy in Paris.

Favourite holiday cocktail? While I do love a fun cocktail, for me, it’s always wine. Either white or red—I’m not picky. 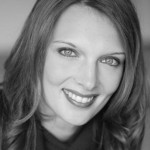 Juliette Sobanet earned a B.A. from Georgetown University and an M.A. from New York University in France, living and studying in both Lyon and Paris.

She worked as a French professor before turning a new page in her career, penning romantic women’s fiction with a French twist.

She is the author of six Paris-based romances, including the bestselling SLEEPING WITH PARIS.

Her upcoming CONFESSIONS OF A CITY GIRL series will release in 2014.

Today she lives in San Diego, where she devotes her time to writing, eating chocolate, and dreaming about her next trip to France.