What really happens when a curious Pandora opens her sister’s music box, and can a trip to one of the Islas Canarias provide a resolution?​

I’ve never really believed in curses. Even with a name like mine, a past like mine. The luck of the draw, but not an actual curse.

My sister Iris thinks otherwise, but then she’s much older than me; her memory of childhood isn’t quite like the version I remember myself. I didn’t understand why she’d picked out this island in the Atlantic when there were so many other destinations jostling for attention in the plump, glossy travel brochure.

Tell us about the location you chose for your SUNLOUNGER 2 story… I chose Gran Canaria for the logical reason it was my last (sunny) holiday destination and fresh in my mind. Logic aside, it also holds a special spot in my heart. My husband and I welcomed in the new millennium on our honeymoon in Maspalomas. Thirteen years later, we went back to the same beautiful resort on a family holiday. A little less romantic with three kids and two grandparents in tow, but just as fabulous!

Have your books featured any exotic destinations? They’ve all been set in the UK – so far. Nowadays I’m using the stunning scenery of North Wales for my inspiration, and I don’t have to travel far to be inspired!

Destination you’ve returned to the most times? Gibraltar. Most recently my husband and I took our three children over to meet family members who haven’t been able to make it to the UK to see us, and we’re already overdue another visit! Maybe next year…

Favourite cuisine from around the world? I once spent a few days in Singapore. The food there was fantastic. I’ve never had a gastronomic experience quite like it. Tip: eat everywhere the locals eat.

Favourite holiday cocktail? Long Island Iced Tea. Not that I drink it much when abroad, but it always evokes an image of distant shores and sophisticated travel. Maybe it’s all in the name rather than the ingredients?

What was your best and worst holiday romance? Fortunately I haven’t had a bad experience. My best holiday romance was being unofficially proposed to on Broadway, New York. (Long story. A couple of months later I was officially proposed to up the Eiffel Tower. I was allowed to broadcast it then. And Paris in the springtime was incredible.) But those few days in New York were fabulously romantic. We did such cheesy things, like eating breakfast outside Tiffany’s and going for a carriage ride around Central Park. Bliss… 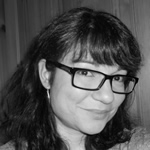 VALERIE-ANNE BAGLIETTO was born in Gibraltar, but came to England when she was three. She wrote and illustrated her first book when she was four. It was pure fiction, about a little boy whose mother’s nose was incredibly long and spiral-shaped. The writing bug had bitten!

In 2000 she won the Romantic Novelists’ Association’s New Writer’s Award for her first novel THE WRONG SORT OF GIRL. After three more romantic comedies published by Hodder & Stoughton, her favourite being THE MOON ON A STICK, life with her young family took over.

Valerie-Anne lives in North Wales with her husband, two sons, one daughter, two cute but perpetually hungry guinea pigs and a headful of plot lines.

These days she’s writing contemporary fairy tales set in picturebook Welsh villages inspired by her gorgeous surroundings. ONCE UPON A WINTER reached #1 in the Amazon UK Fairy Tale chart. THE TROUBLE WITH KNIGHTS IN SHINING ARMOUR is coming soon.