Midnight at the Oasis

Can an ancient Berber medicine mend a broken heart beneath the magical Marrakesh moon?

It was supposed to be the mother of all hen parties, the ultimate girly mini-break before marriage stopped play.

Milly was the first of the awesome foursome to be heading down the aisle and it felt natural to want to mark the occasion with a weekend they’d never forget.

Tell us about the location you chose for your SUNLOUNGER story… I chose mysterious Marrakech – the thought of writing a scene where the sun sets over the crazy main square (Jemaa el-Fnaa) totally floated my boat and then I couldn’t imagine setting it anywhere else. I did a lot of research (AKA daydreaming).

Have your books featured any exotic destinations? My books as Tamsyn Murray are all set in London but I’ve recently written an e-novella as my alter-ego Holly Hepburn, which has a scene set in summery Paris. It’s called CUPIDITY and I drew on one of my favourite ever memories, of walking beside the Seine one balmy July evening, with the Eiffel Tower twinkling in the distance. Le sigh.

If you could live anywhere in the world… New York, baby! I went for a few days in 2011 and completely fell in love with every single bit I saw. The plan is to write a book set there but I think I need another research trip first. I do, don’t I?

Destination you’ve returned to the most times? Umbria in Italy. A friend had an apartment in a tiny town near Orvieto and I’ve been back five or six times. It’s only ninety minutes from Rome by train, and a car journey to Siena, plus there’s a gorgeously serene lake in an old volcanic crater about twenty minutes away. I’ve spent many a happy afternoon by that lake, eyeing up the delectable Italian men over the top of a paperback.

Favourite world cuisine? Italian – pizza, pasta, gelato. If I was Italian I would be gigantic. 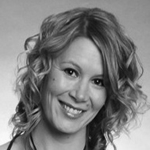 TAMSYN MURRAY lives in leafy Hertfordshire and has written short stories for My Weekly, Yours, That’s Life – Fast Fiction, Allas and The Weekly News.

She has written three funny, paranormal romance novels, the most recent of which was shortlisted for the RNA YA Romance Novel of the Year.

Tamsyn is currently working on her first full length adult book, under her sassy-sounding pen name, Holly Hepburn. In the meantime, her e-novella, CUPIDITY is out now!