Would you let a Magic Eight Ball decide your romantic fate?

Clutching the cup with tense fingers, I concentrate on the scattered tea leaves that have escaped the strainer, in a desperate attempt not to meet her blazing glare.

I begin to wonder what the several clumps of black would be telling me if I was literate in the prophetic art but instead, I force my head upwards; a move I’ve been resisting for the last ninety seconds.
‘You won’t find the answer in the bottom of a cup, Charlie,’ Rachel says.
‘You make it sound like I’m an alcoholic,’ I snap defensively.

Tell us about the location you chose for your SUNLOUNGER 2 story… With its ancient architecture, serene waterways and romantic squares, the beauty of this infamous fairy tale city was difficult to resist; particularly for a kismetic story such  as Magic Eight. The location for the short story also had to be somewhere my protagonist could spend the weekend as part of a last-minute, forget-your-troubles break and although I’ve never been, the guides and photos I’ve trawled through as part of my research has made the city the top travel destination on my wish list. I hope you’re inspired to visit it too.

Have your books featured any destinations outside the UK? A GIRL’S GUIDE TO FAIRY TALES is based solely in the UK so not much sun, sea or sand there… However, A GIRL’S GUIDE TO GLITTERATI will see my heroine jet-setting to St Tropez, California and New York.

If you could live anywhere in the world… I’m 27-years-old, unmarried and have no children. I’m very close to my parents and grandparents so as corny as this sounds, I’d want to live wherever they were. Even if I could live in a mini paradise with lots of sun and sand – if my family weren’t around, it wouldn’t be home and I wouldn’t be happy. Looks like Nottinghamshire is the place for me – good job I love the countryside!

Destination you’ve returned to the most times? I’ve never been to the same place twice! But the places I want to revisit are Cambodia and Vietnam. Both gorgeous countries and I don’t think it would matter how many times you visited, you would always find new experiences to enjoy.

Ticket, passport, money and… I could go with bikini but then what good would that be without sun cream? I would say mascara, but if you’re somewhere really hot then it melts off your face anyway. So because I have the hair of a lion, I’m going to go with straighteners. Walking around an exotic location with a head like a Koosh ball isn’t sexy.

Favourite cuisine from around the world? I’m quite partial to Thai cuisine – the dishes are light yet always packed full of flavour…especially the spicy tom yum soup, which nearly blew my head off.

What is your best and worst holiday romance? I’ve never had a holiday romance unless you count kissing the little boy in the next caravan while holidaying in France aged five? In my adult life, I was very close to a holiday fling in the Maldives until I found out the guy (who was working as a diving instructor) had a girlfriend who he lived with on the island. 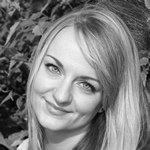 LAUREY BUCKLAND is 27-years-old and was born in Nottinghamshire, where she still lives. She spent three years as a reporter at the Newark Advertiser before initiating a career change and is currently studying to become an English and Media teacher. Having a romantic short story published in 2011 gave her the kick up the backside she needed to write her first novel A GIRL’S GUIDE TO FAIRY TALES which she self-published last year. She is a qualified aerobics instructor and has a healthy obsession with carrots and hummus.