Cassie’s just about given up on happy endings, but will the magic of the South African bushveld change her mind?

Saturday morning, 6 AM. Cassie Walker was not supposed to be here. She should have been hidden under a duvet in her Putney flat, instead in the middle of the South African bushveld, about to have a life or death showdown with a hungry lion (probably).

Not to mention feeling pale, pasty and hungover as hell, as she gazed into the merry brown eyes of a ranger who looked far too much like Ryan Gosling for anyone’s good. He smiled, all dimples, offering a hand to help her into the open safari vehicle, while she tried desperately to look even a little bit graceful as she stepped up unsteadily. Mission unsuccessful.

Tell us about the location you chose for your SUNLOUNGER 2 competition story… The bushveld is my happy place – I’ve been visiting South Africa’s national parks since I was a child, and they never disappoint, whether you see every one of the Big Five or just a snake, a snail and a wildebeest (true story). There’s nothing quite like a long day of game viewing, followed by a G&T looking up at the clear night sky with hyenas mewling in the distance.

Congratulations on being joint winner! How did you feel when you learned your story was going to be published? Stunned, frankly! And totally thrilled. After that there was a lot of happy dancing.

If you could live anywhere in the world, where would it be and why? I’ve always had a minor obsession with the American South, and the Carolinas in particular, thanks to Pat Conroy’s novels. I want to bake peach cobbler, sip sweet tea on a porch swing and say “y’all” a lot.

Destination you’ve returned to the most times… Italy. I love it there, and I go whenever I can. Last year I spent a few weeks volunteering on a Tuscan wine farm, which has to be one of the most beautiful places on earth – it was bliss!

Ticket, passport, money and… Camera. I’m a pretty rubbish photographer, but I have a lot of fun trying.

Favourite cuisine from around the world? Sampling the local food is one of the great pleasures of travel for me, from cheesecake in New York to fresh fish in Turkey and feta laden salads in Greece, but Italian will always be my favourite to eat (and cook). Real Italian cooking is all about good ingredients and seasonality – and nothing beats a good gnocchi!

Favourite holiday cocktail? Martinis (extra dry, extra cold, with a twist) for the city and strawberry daiquiris for the beach. Mostly because I like saying the word ‘daiquiri’.

What was your best holiday romance? I spent a year living in Italy after university, and fell madly in love… with a Scotsman. We spent sweltering summer evenings staring goopily into one another’s eyes. It didn’t work out, but I still think everyone should be so lucky as to be young and in love and in Italy.

And your worst? I once went on a cruise down the Nile, and the on-board Egyptologist took a slightly stalkery shine to me. He followed me all over the boat (which wasn’t very big) for a couple of days until eventually I had to ask him to stop, and then he spent the rest of the trip looking at me like he might cry at any moment. It was very awkward.

Song that gives you that happy Summer Feeling!
Summer of ’69 by Bryan Adams (complete throwback to my ’90s youth) 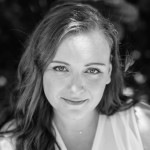 Ella Fairlie was born and bred in South Africa, but ran off to see the world as soon as she had a literature degree. She has lived in New York, Milan and London (and been fashionable in none of them). For ten years, she worked in book publishing, before becoming a full-time blogger and digital nomad (wherever she lays her Mac is her home). She loves rugby, white wine, avocados and ‘80s high school movies (although not necessarily all at once). Days of Miracle and Wonder is her first short story.