Greece is the word for fashion assistant, Ella, when she goes in search of Prince Charming and her happily ever after.

I have a wonky donkey between my thighs. I’m pretty sure it is wonky because I feel four hairy hooves buckling beneath the weight of my spanakopita-laden belly enveloped in a huge, syrupy meringue of a dress.

At this moment, I wouldn’t be surprised if a camera crew jumped out and offered to whisk me and my dress away to star in My Big Fat Gypsy Wedding Actually, come to think of it, the dress could probably walk there on its own. The donkey, fearing a heart attack, refuses to carry me any further and halts beneath dense, twisting vines pregnant with grapes and sunlight-dotted white washed walls.

Tell us about the location you chose for your SUNLOUNGER short story… I chose Lindos in Greece. There is something magical about the mazes of cobbled alleyways and tiny white-washed buildings backed by a towering fairytale Acropolis. It’s actually particularly magical for me - while eating in one of the many rooftop restaurants I realised my boyfriend had barely spoken to me all evening. This whole romantic holiday thing is not going well, I thought. When we went to St Paul’s Bay for a moonlit walk I wandered off along the water’s edge leaving my boyfriend behind. Then he suddenly called out my name and when I turned around there he was, on one knee in the water, engagement ring in hand. The reason for his silence was a migraine brought on by the stress of having to propose!

If I could live anywhere in the world… New York. Never underestimate the desire I have to wander around in a tutu, wearing Manolos. Or to go to NYADA, like Rachel on Glee. Basically, it’s a city of dreams. Anything is possible and I love that. Oh, and the bagels are mighty fine.

Destination you’ve returned to the most times? Australia. Because of its size, Australia has so many different landscapes to explore. I’ve been lucky enough to go on holiday to watch the New Year’s fireworks over Sydney Harbour Bridge and to work there on magazine shoots in Perth. Never boring, always amazing.

Ticket, passport, money and… sequinned flip flops. I think of it as my foot’s Cinderella moment, in a year of being dressed in dull trainers.

Favourite holiday cocktail: A mojito served in a goldfish bowl. However, I’ll drink any cocktail with an umbrella/slice of fruit/sparkler/ice cubes in it. I’m easily pleased.

What was your best/worst holiday romance? I’ve had plenty of good and bad moments on holiday. From being asked to get married to having an argument with my boyfriend and then having to go a pre-booked romantic meal, by a fountain, where we didn’t speak or even look at each other. This wasn’t helped by the violinist who kept visiting our table to play romantic music in my ear. Or there was the time, when just about to board a flight to Australia, my boyfriend went over to flight desk and ordered our suitcases off the plane because he just decided he didn’t like flying. 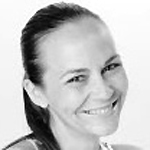 LARA WILLIAMSON knows a thing or two about how to put together an outfit, having studied fashion design at university. She then went on to become the Beauty Editor at J-17 where she styled shoots, both in the UK and around the world. Lara has also contributed to ELLE, New Woman, Sky, Closer and more!

Lara won The Jasmine Awards for Best Article in a Youth Title and recently received an Honorary Mention in Undiscovered Voices.

Born in Northern Ireland, Lara now lives in London and spends a lot of time daydreaming, tap dancing, writing, accessorising and saluting single magpies. Not necessarily in that order.

Her YA title A BOY CALLED HOPE is out now.