When Hannah meets her dream man on a long-haul flight, she must decide what to do about the one that she married.

Nobody falls in love with a stranger on a long-haul flight, right? Certainly not someone like me. Logic is my middle name. I eat common sense for breakfast.

So this cannot be happening. I do wonder, though, if it isn’t happening, why I feel light-headed. Why, whenever I steal a glance at him and his green eyes meet mine, my breathing hitches in my oesophagus. And if it is happening… Then I may be about to close the door on my eight-year marriage.

Tell us about the location you chose for your SUNLOUNGER short story: I chose Hong Kong because it’s where I had a life-changing epiphany . I took a sabbatical from work and moved there to research my second book, MISFORTUNE COOKIE (I know, the sacrifices I make for my writing). While I was there I came to a few decisions that would move my life in a completely different direction. So to me it’s a magical city where you might arrive as one person, and leave as another.

Have your books featured any exotic destinations? I based two books in the SINGLE IN THE CITY series in Hong Kong: MISFORTUNE COOKIE and THE TWELVE DAYS TO CHRISTMAS (admittedly not your average setting for a Christmas book!). Then I returned home to London for the setting of BELLA SUMMER TAKES A CHANCE.

If you could live anywhere in the world… London is my first choice and, lucky me, I get to live here! I love the diversity – people from all backgrounds and cultures rub along pretty well together, and you can find anything you’re interested in. If I had to pick a second home, it would be a smaller city with easy access to nature or the countryside. Places like Zurich, Geneva, Stockholm or Amsterdam spring to mind. I’d have to stick to northern climes, or risk melting in the heat.

Destination you’ve returned to the most times? I’ve been to Bangkok several times and love it – it’s noisy and stinky and wonderful, with one of the most welcoming populations I’ve ever run across. It’s one of the few hot places, along with Hong Kong, that I’ll return to again and again. I’ve probably been to the South of France most though, because friends have a big old rambling house there. It’s the kind of place where you laze away the days by the pool (which is always too freezing to go in, but very pretty to nap beside). Every waking hour is spent goofing around, laughing and plotting the next meal. It’s a wonderful tonic for the soul, if not the waistline.

Favourite cuisine from around the world? Thai. Although nothing tastes as good as it does in Thailand, there are lots of good Thai restaurants in London. And I have a fantastic cookbook (The Essential Asian Cookbook) so I cook a lot at home too. There’s an Asian supermarket near my flat where I get all the spices and sauces. I can’t read 90% of the labels in there, which is part of the fun.

Favourite holiday cocktail? I stumbled on this a few years ago in Sardinia, at an outdoor bar that sits on the rocks right next to the sea. It’s a very romantic place, with swathes of white cloth canopied over wood and canvas daybeds set higgledy piggledy on the giant flat rocks.I usually drink wine but they don’t serve wine. Instead they offer you any spirit and any mixer for a fixed price (in a very big glass!). I’m not much for spirits but a friend recommended Malibu rum and pineapple juice and it was the perfect drink to have as we watched the sunset, surrounded by hundreds of lovely tanned people fresh from the beach.

What was your best/worst holiday romance? I’m sad to report that I’ve never had a good holiday romance, so I have lots of bad ones to choose from! I think the worst had to be the time in university when my girlfriend and I met three lovely men on Spring Break in Florida. It was clear from evening one that she’d end up with … let’s call him Boy 1. It was also clear that Boy 2 liked me, but I only had eyes for Boy 3. On the last night we decided to go swimming, so we all stripped to our smalls and ran into the water. All except Boy 3, who stayed on the beach. Intent on luring him into the water, I clowned around, I swam like an Olympian, I frolicked in the waves, and I flirted for all I was worth. He stayed on shore. When I came out, my underwear dripping, and threw myself down beside him, he turned to me and said, “You know, sharks feed at night.” Then he closed his eyes and had a nap while I shivered and tried not to think about all the sand in my underpants. Let’s just say I finally got the hint. He wasn’t interested. 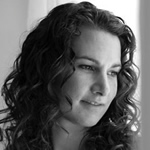 MICHELE GORMAN is the best-selling author of BELLA SUMMER TAKES A CHANCE and the SINGLE IN THE CITY series (which includes MISFORTUNE COOKIE).

Born and raised in the US, Michele has lived in London for 17 years.

If it weren’t for Twitter (@expat diaries) and Facebook Michele Gorman Books Michele would be a much more prolific writer, but wouldn’t have nearly as much fun, so do chat to her online!