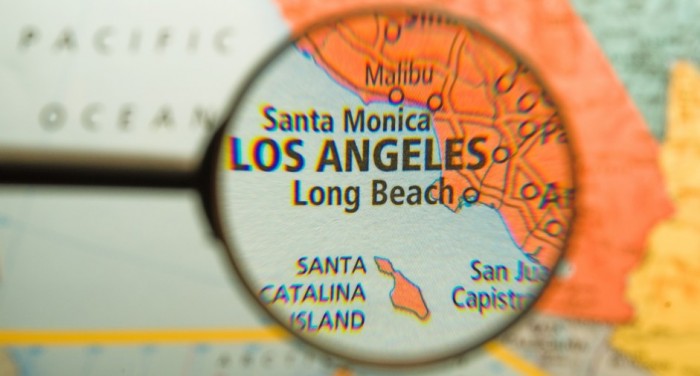 Marley’s favourite journeys were those when she arrived as a new woman. In her own mind at least she was a wholly changed person, getting away from her life so entirely it was forgotten.

I love a train journey. I like to imagine who lives in the houses whizzing by – rows of identical semis, cute bungalows with neat gardens and family saloons on the drive.

I wonder what it would be like to walk in a front door, into a new life. I wonder if anybody else on the train thinks these things. My favourite journeys are those when I arrive as a new woman. I don’t mean metaphorically. I mean I am – in my own mind at least – a wholly changed person.

Tell us about the location you chose for your SUNLOUNGER 2 story… I chose Los Angeles.

Have your books featured any exotic destinations? SCANDALOUS – Max works as a showbiz reporter in London but visits friends in New York and ends up getting a call from her boss, telling her to gatecrash a celebrity party and land a scoop.

If you could live anywhere in the world… There are so many places. Let’s say Scotland because it’s home and where my heart is – but with lots of adaptations. The climate of Australia (but I’d have snow for the week of Christmas) and I’d live in a glass-fronted house like the one in the film Heat looking across the ocean. And the ethos of Italy with espressos in the morning, Prosecco at midday and huge respect for the elderly and for family. But Scotland, with its rolling hills and lochs and cosy pubs and humour? You cannae beat it.

Destination you’ve returned to the most times? Koh Samui. A fried told me about this place to detox. It’s not five-star, in fact it’s pretty basic but I loved it straight away and have since returned alone, with my mum and with friends. It calmed me and made me feel so much better. My body needed a spring clean after years of partying – for pleasure and work. I blame the Scottish/Irish genes. Speaking of which, I’ve also returned to New York many times to attend ‘Scotland Week’ when I was writing full-time on a newspaper. This basically involved going from one party to the next and conducting a few interviews along the way.

Favourite cuisine from around the world? I love, love sashimi. But the best cuisine experience I’ve had was in Chiang Mai, known as the culinary capital of Thailand. I still dream about the soft shell crab at the Chedi Hotel and slow cooked beef at Da House. The spices, the textures and tastes: bliss. Also, the breakfasts in New York are so good I once had to buy new jeans to go home. Corn beef hash with runny egg, followed by pancakes with maple syrup and strong coffee. It was always going to end in tears.

Favourite holiday cocktail? Pina Colada. I only remembered this amazing cocktail when I was writing for SUNLOUNGER. It reminds me of my first holiday abroad with girls from school when we were 18 in Tenerife. I’ve not had many Coladas since and that’s a sin. I’m making it a priority to have one as soon as possible – I think I’d have to be somewhere sunny to enjoy it though. Pineapple, coconut and danger.

What was your worst holiday romance? Hilarious. Now I’m married and ‘up the duff’ this feels rather more awkward! I’m not spinning you a line here but my holiday romances are pretty thin on the ground. If I’ve been away with friends, it’s been all about the fun. Okay. Worst: I snogged this guy once who tasted of raw meat in a club and when the lights came up he was weird and shifty-looking.

Best holiday romance: My honeymoon. Three weeks of being in love in Italy, having the canals of Venice to ourselves on a speedboat at 2am; falling asleep in the shade after a picnic in Tuscany. I want to do it again and again. 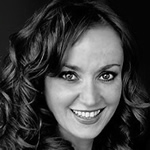 MARTEL MAXWELL is a redhead who hails from Dundee in Scotland. After training to be a criminal lawyer, she opted for a career in journalism, becoming The Sun’s first graduate trainee. Spotting her love of partying, she became the paper’s showbiz reporter and lost a few years to free bars and canapes.

Martel drew on her experiences to write her debut novel SCANDALOUS, published by Michael Joseph (Penguin), about a showbiz reporter called Max who drinks too much and her posh half-sister Lucy who falls for Britain’s most eligible bachelor. It was named ‘book of the week’ by Heat and Piers Morgan described it as ‘a brilliantly waspish insight into the mad world of showbiz.’

Martel is a freelance presenter on television shows including Lorraine and The One Show and is writing her second novel. She has just given birth to baby boy Monty, after marrying the first boy she kissed (it took him two decades to ask her out). She splits her time between Dundee and London.