What do you say to a man who has given you everything?

The summer visitors had flown in like swallows, but my favourite café in the heart of Lucca was comparatively quiet. There were just two other customers.

They were sitting over a late breakfast, eating chocolate croissants, holding hands and kissing now and then. I was on my third espresso. Nick still hadn’t turned up. I checked my phone again. It was gone eleven. I thought – he isn’t coming, after all.

Tell us about the location you chos for your SUNLOUNGER short story? THE ANNIVERSARY is set in the walled city of Lucca and the surrounding Tuscan countryside, which is breathtakingly beautiful but which also has a dark, traumatic history. My story is about a girl coming to terms with something bad – and something good – which happened there.

Have your books featured any exotic destinations? My new novel THE WEDDING DIARY features some scenes in which my hero and heroine, Adam and Cat, go to Tuscany and fall in love.  As I was finishing the novel I was also writing the short story for this anthology, so the Italian scenes were very fresh and vivid in my mind. The soldier heroine of my historical novel THE PENNY BANGLE goes to Egypt where my soldier hero asks her to marry him in a shuttered, secret house in Alexandria.

If you could live anywhere in the world… I always wanted to be an archaeologist and I love exploring ancient civilisations. I like warm sunshine, but I also like to see the seasons change, so Rome would be the perfect place for me.

Which destination you’ve returned to the most times? Italy – it has everything.  I first went there when I was seventeen and fell in love with the food, the wine, the architecture, the handsome men (where do they find those gorgeous Roman policemen?) and the delicious food.

Favourite cuisine from around the world? You guessed it – Italian!

Favourite holiday cocktail? White peach Bellini – with all those white peaches and Prosecco, it’s got to be at least two of my five-a-day!

What was your best or worst holiday romance? On a sailing holiday in Scotland I was forced to crew for a medical student who had a permanent hangover but seemed to think this made him irresistible, at least to me. When he came on to me one evening, I told him to get lost. I swear he deliberately capsized us the following day and then tried to drown me. But I still believe in the power of love. 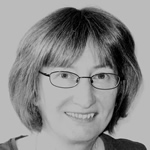 MARGARET JAMES is a British writer of historical and contemporary fiction. She is also a journalist working for the UK’s Writing Magazine and teaches creative writing for the London School of Journalism.

Born in Hereford, she now lives in Devon at the seaside, which is great because it means when she is stuck for a plot she can always go for a walk along the beach and be inspired.

Her latest novel was nominated for Best Romantic Comedy by the Romantic Novelist’s Association and is called THE WEDDING DIARY.