Rock star Luca Corbellini has run out on his band mid-tour and headed off to New Orleans. Disgraced gossip columnist Gaby Andersen makes it her mission to find out why.

Luca’s phone wouldn’t shut up. He switched it to silent and was tempted to switch it off altogether, but there was something oddly hypnotic about watching notifications bounce past without doing a thing about them.

He’d had twenty-eight emails from his manager. No, wait … twenty-nine. It was beyond stupid. Because, obviously, if he was not going to answer the previous twenty-eight, he’d definitely respond to number twenty-nine, right? Ah, make that thirty. Luca turned over the phone so the screen lay flat against the table and picked up his bourbon instead.

Tell us about the location you chose for your SUNLOUNGER 2 story? I chose New Orleans, USA. The French Quarter in particular has a vibrancy about it and so much to offer in the way of history, architecture (see St Louis Cathedral below) and festivals (Mardi Gras!), not to mention the famous Creole cuisine and fabulous cocktails. It is also the birthplace of jazz, so I knew my hero, who is a musician, would find it enthralling.

Have your books featured any exotic destinations? WHY DO FOOLS FALL IN LOVE is set in Bath during the making of a movie, but at the end of the story the heroine visits Cannes (France) for the film festival.

If you could live anywhere in the world…  I’d quite like to own my own desert island in the Caribbean – with all amenities, obviously!

Destination you’ve returned to the most times? I’ve been to Greece and the Greek islands about 5 or 6 times now. It’s the perfect combination of beautiful beaches, lovely people and incredible history.

Favourite cuisine from around the world? Chocolate from Belgium – does that count?

Favourite holiday cocktail? A Piña Colada – with as much fruit, paper umbrellas and sparklers that can be crammed into it.

What was your best/worst holiday romance? I was always having far too much fun on holiday to have a romance! 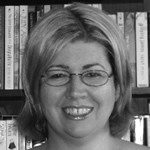 LOUISE MARLEY writes chick lit mixed with crime, and short stories for magazines such as Take a Break and My Weekly. Her first five books were all Amazon bestsellers and she is now working on her sixth. Louise lives in Wales, surrounded by fields of sheep and has a beautiful view of Snowdon from her window. She loves loud music, big old spooky houses and the kind of celebrity magazines which you know you’re not really supposed to read but somehow can’t stop yourself.

BREATHLESS is a romantic comedy with a murder mystery.

Louise’s latest novel – NEMESIS – is a murdery mystery with a bit of romance and humour.